In recent years, yoga has become increasingly popular. Nowadays, it has never been easier to go to yoga classes or to follow them online and there is a growing number of yoga communities around the world. There are many reasons which contribute to this sport’s growing popularity, and I am sure that you may already be aware of them (such as stretching and relaxation of the whole body, as well as achieving inner peace through meditation), but I have also recently noticed that yoga is not only regarded as a fun leisure activity, but as a possible form of physical therapy and treatment for muscoskeletal conditions. For example, the British National Health Service (NHS) is already discussing to integrate yoga into the healthcare system. To be precise, health care professionals are considering to introduce yoga as a health care scheme not only for patients but also for staff – and this trend seems to become more and more popular around the globe.

As a medical physicist myself, I believe this is a great idea. I have been working in a radiology department for many years and that means carrying heavy lead aprons on a daily basis. During the years, I developed severe pain in my neck and upper back area. However, in 2005 I discovered yoga and since then I have been practising it regularly. Within a few weeks of starting, my posture had improved, I was able to support the weight of the lead aprons better and what is more, I learned to cope with stress at work much better.

From Yoga After Work…

Soon enough, my colleagues at work noticed this positive change in me and asked me for advice. We started to practise yoga together after work, where I would help them stretch their muscles and relax after a long and tiring day. These weekly get togethers made me realize that yoga should indeed become a part of general healthcare, as it would not only greatly benefit patients, but also healthcare professionals. Thus, I decided to undergo training to become a certified yoga teacher. 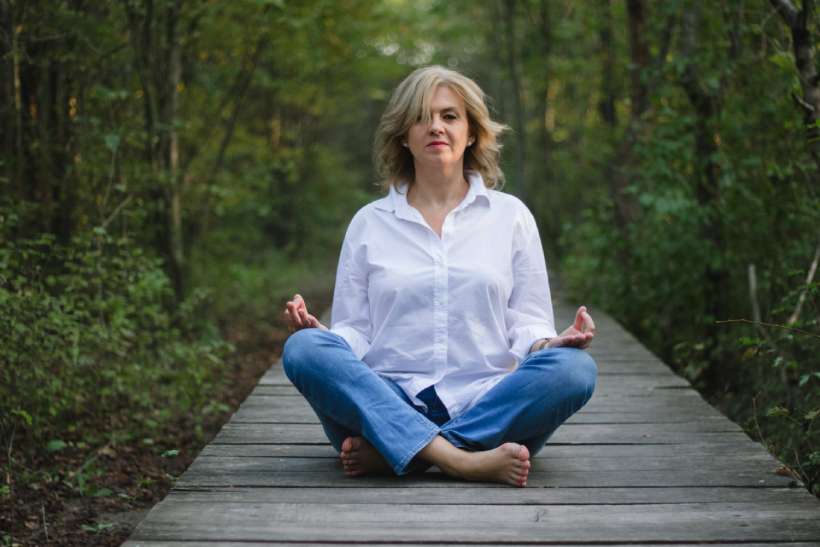 To Yoga At Work?

You may be thinking now that being a medical physicist as well as a yoga teacher may be two quite contrasting professions, however, my main profession as a physicist is fulfilling my love for physics and radiology and its technicalities and yoga helps me realise my spiritual side. Ever since my colleagues and me have been meeting up after work to practise yoga together, we have had multiple discussions about the growing trend of yoga in medical healthcare. My hope is that more and more nations will realise that it is not only crucial to provide patients alternatives to traditional therapies, but also to ensure that the practitioners taking care of those in need receive adequate access to well-being schemes, because without them patients would truly suffer.

This year, the first ever Yoga in Health Care Conference is taking place in London. I believe, that with the popularity of yoga in western societies and the fact that it is already being prescribed by some physicians in countries such as the USA, it is only a matter of time until yoga will also be established as a standard treatment alternative in Central Europe. One can only hope that this will happen sooner than later!